Make sure you are checking the #100Bands100Days hashtag on Twitter on a daily basis to stay on top of all the bands featured and be sure to follow Verity and NW_Music_Scene there. Some days the featured act could be an established and locally-adored northwest-based musician and other times they could be a band with a small following that just hasn’t had their deserved time in the spotlight yet. Either way, we’re fairly confident you can come away from this daily segment with plenty of new favorites. Today’s featured band is Strangely Alright.

Drawing inspiration from various generations of British iconoclasts – including David Bowie, T. Rex, the Jam, Suede, the Buzzcocks, and Supergrass – Strangely Alright moves with an electric thrum and a more than a little swagger. Sprinkle in a bit of Cheap Trick’s rowdy power pop, and you’re getting closer to picking up what Strangely Alright’s putting down.

Today’s release of Strangely Alright’s new EP Stuff on cassette coincides with Cassette Day 2018, which since that’s today, is October 13! Cassette Store Day is an international, annual observance intended to recognize the value of compact cassettes as a music format. Cassette Store Day was first held in 2013. The celebration was inspired by Record Store Day, which acknowledges the importance of record stores and the vinyl music format.

The band describes Stuff, released on Ombrello Records, as “six songs about love, working together, setting boundaries, the digital age and the change that’s coming.” The tracks were written in the wake of the 2016 presidential election and speak to “walking the tightrope of acceptance and resistance, of not giving in to the overwhelming forces of hatred and turmoil.”

Aside from the catchy lyrics you’ll find on Stuff, Strangely Alright also shows that they can rock with the best in the northwest. While Jason Bair (drums) and Ken Schaff (bass) are busy laying a solid foundation, northwest guitar god Sean Van Dommelen leaves his business card on the table and tastefully shreds all over this thing. Keyboard whiz Ray Hayden drops massive ivory riffage throughout, with frontman Regan Lane delivering probably his best vocal performance since the band formed. It’s a tight album with great songs and you should check it now! And you can do that HERE. 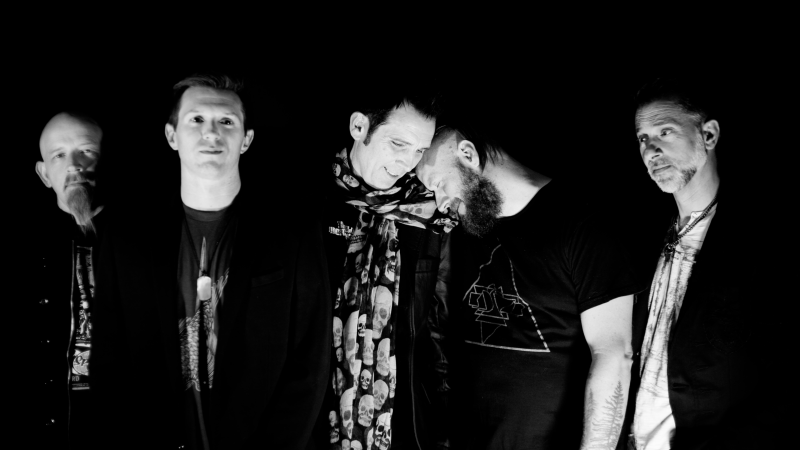 They’ll be playing on February 2, 2019 at Jazzbones in Tacoma with Limberlost. Get show details HERE. They’ll also be playing a special release party for Stuff on December 1, 2018, more details about that to be released soon. Keep checking their Facebook page and message them everyday, (preferably several times daily) and ask them about the release show details.