Music fans of the Pacific Northwest, hello and welcome back to our third annual year-end daily countdown, 100 Bands in 100 Days, where every day until December 31st, we’re showcasing a new band or artist you have to know about, presented by Verity Credit Union. Follow the #100Bands100Days hashtag on Twitter to stay on top of all the bands featured and make sure to follow Verity on Twitter as well. Some days the featured act could be an established and locally-adored northwest-based musician that perhaps you haven’t been turned onto yet, and other times they could be a band with a small following that just hasn’t had their deserved time in the sun yet. Either way, we’re fairly confident you can come away from this daily segment with plenty of new favorites. Today our journey through 100 straight days of great local music takes us back to the scenic wonderland that is Bellingham, WA, to tell you all about the exploits of a band that likes to consider themselves the city’s “leading teenage smart-punkers,” Sweet Invicta. 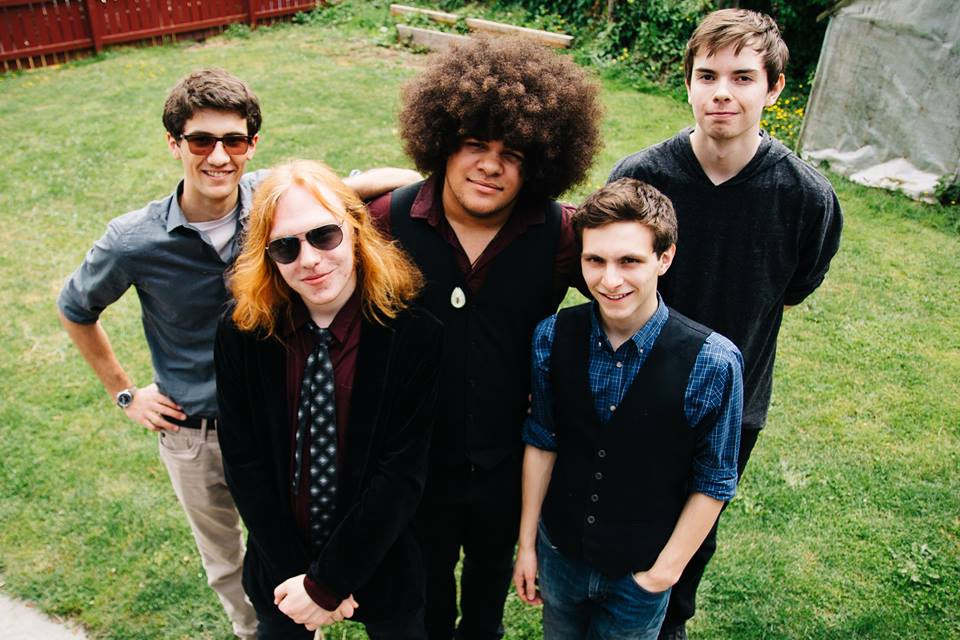 A band whose oldest members sits at the ripe old age of 18, Sweet Invicta looks to transcend your stereotype of the underage newcomer band — i.e., a group of 15-year-olds in a garage, sporting Nirvana and Unknown Pleasures shirts, trying to perfect their sixth-rate cover of “Smoke on the Water” in time for the school talent show. Instead, this five-piece rock outfit presents a sound and image that’s decisively clean-cut, with an approach to rock that favors both power pop’s greatest late-20th century names (think The Lemonheads or The Replacements) and the latest strain of indie-alternative rock darlings (early Arctic Monkeys, The Black Keys), all presented in a way that’s often self-aware in its own silliness, but shouldn’t just be written off as a complete joke. A to-the-point, but consciously lighthearted indie rock band that likes to adorn their songs with sensual saxophone may sound like the worst idea you’ve ever heard, but the jazzy and charming contributions from the band’s sax player Kaleb Harrison makes the point that maybe more indie rock should consider adopting the often cheesy instrument.

While Sweet Invicta makes it clear they aren’t looking to be the next Captain Beefheart or Faust, they play to their strengths as a power pop outfit remarkably. Tracks like “Back Up on Ma Freak” and “Neon Valentine” are catchy and hard-hitting rock tracks, driven home by the appetizing college rock riffs brought by Tanner Wallace and lead singer Vincent Blackshadow, whose strength as a frontman is undeniable, laying down great vocal performances that are both powerful in delivery and impressive in range. These songs can be found on the band’s six-song debut self-titled EP, a release that we’re certain would have been a major player in the early college scene had it been released in the age of Camper Van Beethoven and Hüsker Dü. Since the release of this extremely skilled EP, the band has gone on to be featured in various prestigious musical series, including What’s Up! Magazine’s spotlight series Bellingham Soundcheck, as well as a well-received performance as a part of the prolific Jam in the Van series.

Diving headfirst into Sweet Invicta’s music, it’s not hard to see why they’re on a steady rise in popularity. If you’re in the market for a young, up-and-coming musical outfit that knows their stuff (and knows how to stick in your head all day), watch out for Sweet Invicta.