Music enthusiasts of the Pacific Northwest, welcome one and all to the sixth annual outing of 100 Bands in 100 Days, our year-end music showcase bringing you some of the freshest names in Northwest music you have to know about, sponsored by our four-year-strong sponsor for the showcase, Verity Credit Union. Some days the featured act could be a pre-established and locally-renowned musician with whom you may already be familiar, some days it could be an overlooked locally-sourced act on the up-and-up, and everything in between. Either way, we have faith you’ll come away with this segment with myriad new favorites. Today we’ll be looking at a driving and propulsive figure in the Seattle rock scene, Sam Cobra. 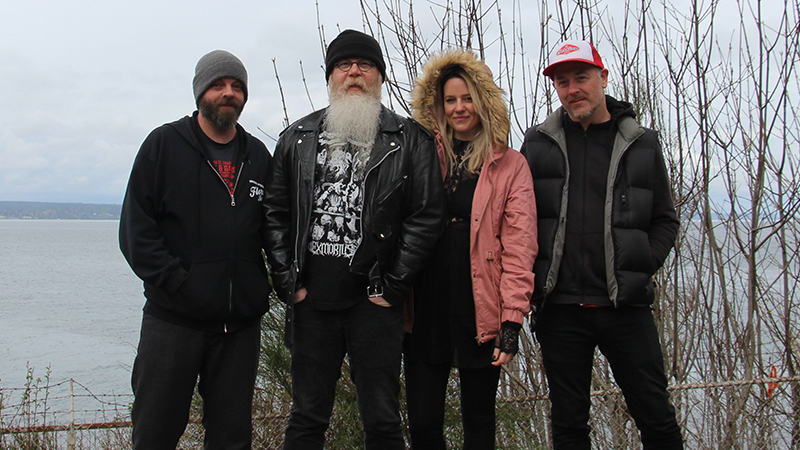 Driven home by the passionate and arresting vocals of lead singer Stephanie Ward, Sam Cobra is a spacious force to be reckoned with in the world of contemporary psychedelic rock. While bands of this style can seem often confined to a paced and well-mannered energy, Sam Cobra throws convention to the wayside, busting in with uptempo firestarters that kick up dust and turn it into a thunderous whirlwind of riffage.

Supernova, Sam Cobra’s debut album, showcases a band that, despite being in their infancy discography-wise, have the ambition and natural verve of a band years-deep into their career. The title track is a noisy and exhilarating heavy psych track, home to one of the filthiest riffs to grace the album, topped by Ward’s effects-drenched vocals. Meanwhile, “Earth” is opened by a cappella vocals ringing in the mix with an astral reverb, before transitioning seamlessly into a furtive alternative rock track that could have fit snug in a 90’s mixtape dubbed to cassette.

Tune in, maybe secure some sort of mind-expanding substance, and tune out to the world of Sam Cobra.

(You can listen to Sam Cobra below via SoundCloud and you can keep up with Sam Cobra via Facebook and Instagram, or their official website, samcobra.com.)