Music fans of the Pacific Northwest, get ready for our fourth annual year-end daily local music showcase, 100 Bands in 100 Days, where every day until December 31st, we’re showcasing a new band or artist you have to know about, presented by Verity Credit Union. Make sure you are checking the #100Bands100Days hashtag at Twitter on the daily to stay on top of all the bands featured and make sure to follow Verity on Twitter and NW_Music_Scene as well. Some days the featured act could be an established and locally-adored northwest-based musician and other times they could be a band with a small following that just hasn’t had their deserved time in the sun yet. Either way, we’re fairly confident you can come away from this daily segment with plenty of new favorites. Let’s get this party started and we can’t think of better way to do that than to kick things off with a Seattle band we love and that band is Stag! 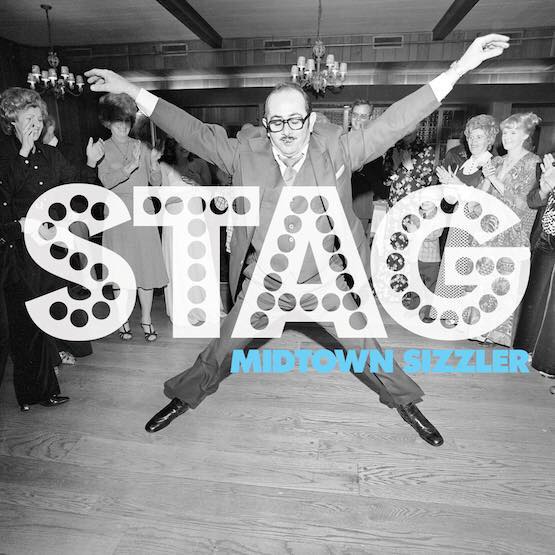 Back in June we reviewed the new album from the mighty Stag and that album, Midtown Sizzler, remains one of our favorite northwest releases of the year so far. In the review we mentioned that these Seattle purveyors of power-pop reminded us of the glam-rock Gods The Sweet, and maybe a little bit of E.L.O. and at times Todd Rundgren as well, especially the seventh track on Midtown Sizzler. “Pictures” is a rock ballad that features great piano chops and although the tempo rises a little, it never ventures far from the intro played on the ivories. This song would have been an arena-crushing, tears-streaming-down-the-cheeks, lighters-in-the-air anthem had it come out four decades ago but there’s no reason we can’t enjoy it in 2017.

The first song on the album is called “Pharaoh” and wastes no time in showing the listener what is in store. Bright, stadium-filling sized electric guitar starts it off before giving way to clean vocals from Steve Mack. The next track is straight out of the playbook from Rod Stewart with The Faces from the early 70s. Mack’s powerful vocals drive the number with just the right amount of guitar to help it along. The third song is “Bedazzler” and it’s pretty much what you’d think it should sound like based on the title alone.

If you haven’t done so yet, spend some time with this band’s music and you’ll likely walk away with a new northwest band to love.

(Listen to Midtown Sizzler below via Soundcloud and you can get more info about Stag on Facebook and at their website HERE.)